Let’s go to Tour Santa Teresa – A place stuck in the plast!

Tour Santa Teresa: As soon as I moved to Rio de Janeiro, a friend of mine, the artist Carina Bokel, took me to Tour Santa Teresa. This enchanting neighborhood located on the hills, is also known as the “Montmartre Carioca”! Walking through its narrow streets, observing the old facades, the murals and the artists’ studios, I soon realized a particularity of this city: here in Rio each neighborhood has a peculiar feature, a different atmosphere. I often say that there are many cities in one! Tour Santa Teresa, for example, looks like a city that remained back in time, more precisely back between the years 1920’s to 40’s.

In my Tour to Santa Teresa, the journey begins with a ride on the traditional yellow Tram, an exact copy of the ones in Lisbon, an heritage left by the Portuguese Colony. The tram departs from downtown and passes over the Arcos da Lapa, or Carioca Aqueduct. This Roman-inspired structure, built in 1763, was originally used to supply the residents with water from the Carioca River. This river, that still exists, flows from the Tijuca Forest into the Guanabara Bay. The train line was implemented only in the year 1896.

The Convent from the Carmelite Order, was the first major building in Tour Santa Teresa inaugurated in the year 1743. During the 18th and 19th Centuries European immigrants, who found on the hills a milder climate, gradually occupied the region. We can see facades, small palaces and castles with different architectural styles such as: Portuguese colonial decorated with old tiles, art deco, art nouveau, eclectic, neo-gothic.  Unfortunately, many buildings are now in poor condition.

The transformation of this place, once a dark and dangerous area, into an open-air work of art was the result of the obstinacy, good humor and a dream of one person, the Chilean artist George Selaron. Like many others, when he arrived in Rio de Janeiro after a world journey, he was enchanted by the city and decided to settle here. His love for the city and his works of art transformed the Stairs into a lively and beautiful place and the third most visited attraction in Rio, after the Christ the Redeemer and the Sugar Loaf. Tourists and locals from all ages now appreciate this location, made of colorful tiles from all over the world. In fact, adults, teenagers and children as well as the bohemians at night like to take pictures and stroll up and down the Stairs. His paintings can still be found in various bars and restaurants in the surrounding area.

Another magical point of Tour Santa Teresa is Parque das Ruinas (Ruins’ Park)! I love this old Villa built between 1898 and 1902. The palace belonged to Laurinda Santos Lobo, a woman from a rich family who played an important role in the carioca cultural scene. She encouraged many artists and friends to dedicate themselves to the modern style of literature, music and poetry. She helped to spread the Brazilian modernist movement during the 1920s. With her death in the 1940s and without heirs, the Palace was abandoned and eventually collapsed into ruins. It was only in 1997, that the city council transformed it into a museum, preserving its ruin aspect in a true movie scenery. Nowadays we can find there a theater, a café, an area dedicated to exhibitions and shows and a rooftop with a breathtaking view of Rio’s downtown area and the Guanabara Bay.

For those interested in art, another option is to visit the Chácara do Céu Museum, home of the entrepreneur Castro Maya, the same owner of the Açude Museum (more details in my “Nature Beauties Tour”) at the Tijuca Forest. Built in the 50’s his residence, in modernist style, presents a beautiful garden with a magnificent view. Today, we can see in the museum the original furniture as well as his art collection. Among his works of art, I highlight the Brasiliana Collection, with old maps, paintings and illustrations that show us how people lived in 19th Century in Brazil. Artists such as Rugendas, Taunay and Jean-Baptiste Debret left over 1.000 original paintings, prints and drawings! Due to its historical and cultural relevance, I will soon release a cultural Tour featuring “Debret and the old Rio de Janeiro”. Coming soon!

Once in Tour Santa Teresa (as locals call the neighborhood) we will stroll  along alleys and narrow streets, exploring the colorful murals, getting into the handicraft shops and Ateliers. For instance, the wooden toyshop, full of fun and creativity.  At Domingo’s Galery, visitors can purchase original paintings and sculptures, handicrafts, small souvenirs, as well as have a nice chat with the owner who lives and works there. In the same street, many other shops sell nice and alternative dresses and accessories.

Locals and tourists like to go to Tour Santa Teresa for its variety of Restaurants and Bars. Why not try the best Feijoada (typical Brazilian dish) at the “Bar do Mineiro”, with an ice-cold beer? Another nice option is the “Armazém do Thiago” with its “bolinhos” (snacks) accompanied by our national drink, the famous Caipirinha, made with one of the 60 types of cachaça (Brazilian liquor made from sugar cane). For fish and seafood, there is “Supernatural”. For Amazon cuisine there is “Espirito Santa”. For 5 Stars gastronomy and a breathtaking view, the famous “Aprazível”. At night, bohemian cariocas like to go there for a chat, whilst listening to good music. There is an option for every taste and wallet.

Dear readers, I know many of you are afraid to visit Santa Teresa. However, with an official Tour Guide you can relax and enjoy your trip with safety. Therefore, when coming to Rio, be sure to contact me by e-mail or WhatsApp beforehand so that we can arrange a trip together. 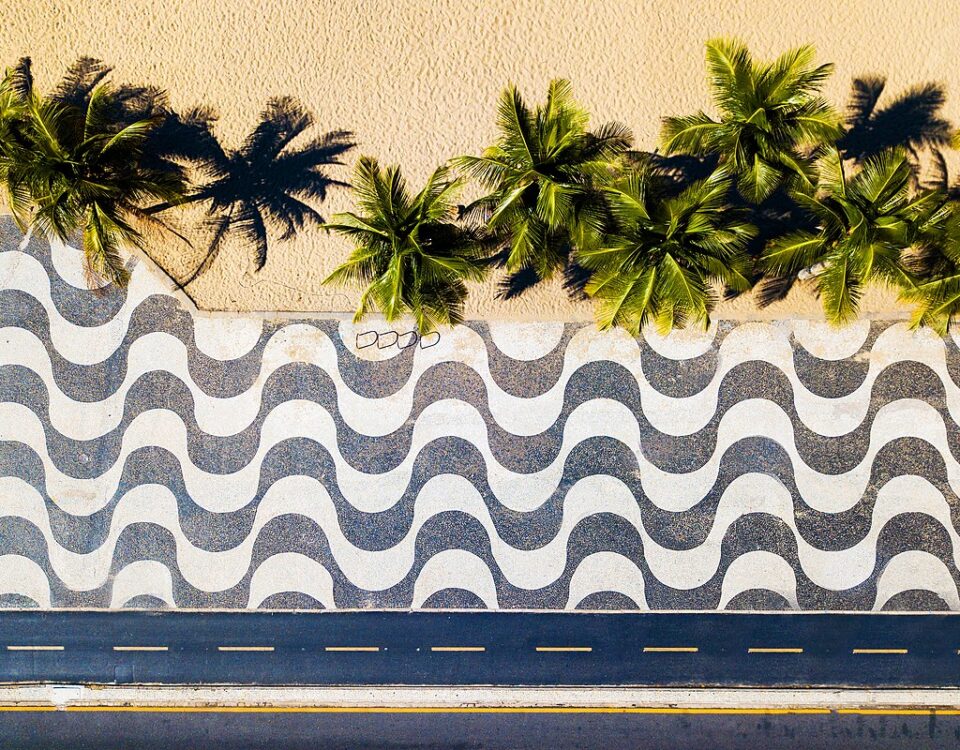 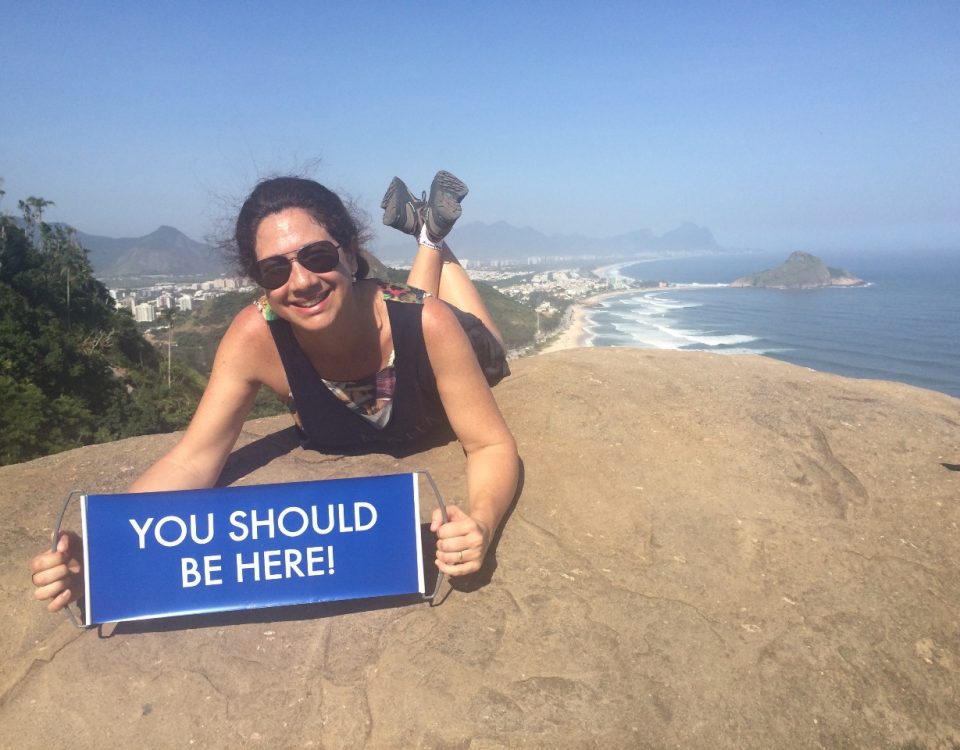 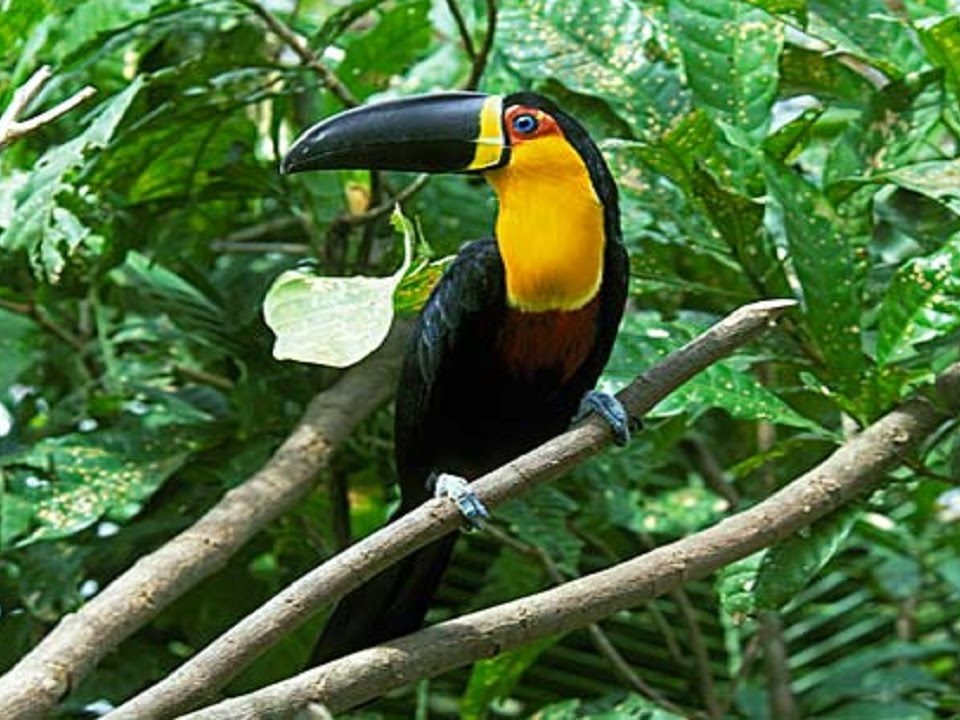